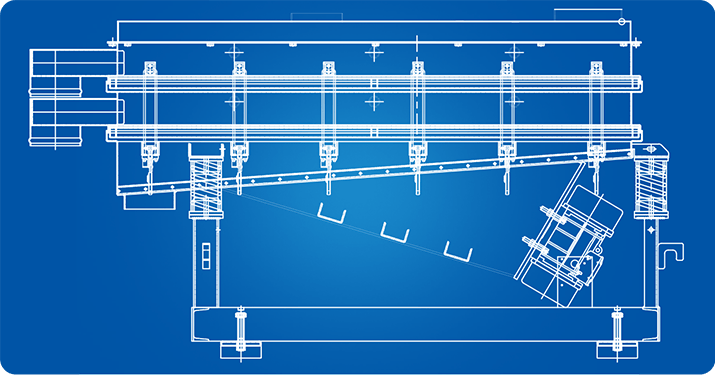 The client was looking for a robust classifying & de-dusting machine that could help them to de-dust & classify De Oiled Castor Cake into three different particle sizes.
De-oiled castor cake is a by-product obtained during the extraction of castor oil. The remaining residues after extraction of castor beans have higher value due to their good commercial demand.

De-oiled castor cake also commonly known as castor meal is used as manure & fertilizer due to its rich content. It has three vital elements – Nitrogen, Phosphorus, and Potassium that are essential for the proper growth of crops. It is also regarded as the most organic & natural manure as it does not decay the soil.

Castor meal contains 9-12% of moisture which tends to form soft lumps & agglomerates. These lumps chock the mesh & hinder the production output, as well as wastage in the form of lumps, which is increased.

Also, the dry castor meal had very tiny particles that would lead to a lot of dusting while sorting it into a giant vibrating sorter. Heavy dusting would result in frequent cleaning & maintenance.

The real challenge was to make a vibrating sieve that could overcome the problem of product wastage in form of lumps & the system that would clean the dusting automatically, along with the technology that promotes continuous sieving & classifying process.

Design engineers at Galaxy Sivtek designed two giant and unique double-decked vibrating gyro separators with pneumatic mesh cleaning arrangements on decks beneath the mesh to remove dust through air pressure. To evacuate the dust, the elbow pipes were fabricated on every deck.

Mesh De-blinding Kit consists of rubber balls & trays that are placed between perforated sheet & mesh. Due to the vibration of machines, the ball & trays keep on tapping the mesh & break soft lumps with ease.

The customized solution provided not just helped them to achieve the desired output but also helped to solve the main issues of cleaning heavy dusting, mesh choking & product wastage.